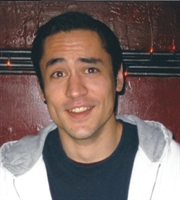 Brian Mathew Brandt, born on October 7th, 1983. Victim of a botched circumcision shortly after birth. He felt that he was mutilated and could never have sexual relations.


A letter to NOCIRC from gym friends, telling of his suicide.

A note on tumblr.

Self-anger, self-hate, self-prosecution. I know what I’ve done to myself, and I know why. Innocence is naïve, until it learns to know better

@RHMJournal The fact I cry out about being circumcised makes people laugh.. They love to show me hate..

Brian Mathew Brandt ‏@PowerStrive
@AParentsChoice I WAS CIRCUMCISED AGAINST MY WILL I WAS RAPED AND MUTILATED.

Brian Mathew Brandt ‏@PowerStrive
@DosLives Circumcision promotes more disease, because after I shave my penis to have sex I can have open wounds from the razor.

Brian Mathew Brandt ‏@PowerStrive
@imagepush I just got banned off facebook for trying to get votes to make circumcision illegal.

Two comments on the deactivation of his facebook, posted here:


(this comment is no longer visible in the original page)

Hi, I’m 27 years old and was circumcised for the purpose to remove sexual pleasure. I want to get more involved, I want to open a chapter in my town, and I want to do it for many reasons. One of the most important reasons is because one of my great teammates for online gaming committed suicide with circumcision being a major factor for his conclusion.
I have ability to address this topic with out embarrassment, as I was a victim of a malicious circumcision that has left me scared, damaged emotionally and physically. I can apply and prove reasoning to defeat any reason for a routine circumcision. If speaking with people who enjoy cruelty, and want to destroy others pleasure I will be able to identify. I wont let them waste my time, when people speak out of logical reasoning I believe I will prove to provide a view point that will change their perspective.

I was disabled for showing a non sexually provocative photo of a circumcised penis to get votes to make circumcision illegal, or to show a serious complication that actually happened to me and a friend of mine whom is Nathan, and I began actively speaking his story and my own after he committed suicide. I recently just took a 3 month break from my job in order to try and push the legislation as much as possible, and depending on the grounds I can get my feet on, I will try and fight this on an international level. If I succeed I want to talk to our Geneva convention: Having circumcision honored as a violation of human rights. This is something I’ve chose to dedicate my life to. My mom doesn’t understand and thinks I should live a selfish life, and I’m selfless. It’s not about me it’s about our future generations, one hundred years from now I want those people to walk in their home and feel euphoric bliss, I want their life to be more beautiful than anything euphonious that I’ve heard, for our youth we share love and gratitude! In our youth we work so hard and some understand so little. I’ve recognized people who want to bring others down, I’m not that person. If you throw grabs in a bucket, I’m the one trying to get out.. When others pinch on me to bring me down, I pray: I’m strong enough to pull myself out of the bucket with others attached. Please don’t bring me down, understand my picture was none sexually proactive, and you shouldn’t have the right to tell me it’s too political. I live right here in Santa Cruz county, Your headcourters isn’t much of an hour away. I intend on having respect from you, and if I’m not respected that will be quite unfortunate for me, Because then I will be stuck in the bucket. This is why I’m praying that you will hear me out, and I know you god damn faggot fucking billionaires aint give a shit about no brown eyed spick, well guess what amigo, I got a job at 8 years old. I worked from the ages of ten to twelve and a half saving on average $100 a month, yeah it took me twenty six months to buy a computer at the age of twelve I purchased a intel Pentium 2 processor with 8ram and that was the number one computer in pc magazine. I earn my money, even if I open up a lemonade stand, even if I’m that ten year old pushing a lawn mower, if I’m that twelve year old with a paper boy route, the teenager working at the board walk. …so on.. You know who I am not? I’m not a collage graduate fuck! Not because my family didn’t have enough money, because I have no one to blame but myself. I educate myself, and I merit myself when I make my own achievements, its not about me. I just need to know how to know how to know what needs to be known! I get shit done, I learn quick, I’m highly motivated and dedicated. They call me: Strive. Ich Bin Streben! I hope you will understand how pissed off I am, and that I actually have the ability to keep my composure. I will deeply appreciate your support in the attempt of sharing love and gratitude.
Jul. 10, 2011

-by Brian Mathew Brandt brandt.brian@ymail.com
I posted a picture on my wall, and some one reported it as sexual content. The picture was of a mutilated penis, although it was more of the lack of a penis as no actual penis is being show because it was cut off. What is shown looks like hairy arm and there was nothing erogenous about the picture. I will becoming out to Palo Alto to speak in person. I will appreciate your support in resuming my face book account and social network. The point of my post was to get votes to make circumcision illegal. This is extremely important to me as some one very close to me crumbled from their own narcissistic debauchery from their self discovery of what happened to them. I speak for my self and the dead men who cant tell tails. Squelching my voice is just going to cause me to grow louder at this time, I’ve been passive for ten years, and right now we have wind in our sails. I’m coming with the power of truth within love and gratitude, and I’m going to combat these political pirates. Un-squelch my voice and support the cause to protect innocence of our future. I’m not looking for a fight, I’m stuck in the struggle. The source of my power is my adroitness to strive. Please help change laws, allow my voice to be heard!
Jul. 10, 2011

-by Brian Mathew Brandt: Aka brandt.brian@ymail.com