Ironies of the American College of Obstetricians and Gynecologists and circumcision

The American College of Obstetricians and Gynecologists denied Intact America permission to exhibit at their convention in Washington, DC, last May (2011). Their reasoning? IA’s “product and services” (advocacy concerning the harm and the ethics of neonatal circumcision) was “beyond the scope of the practice of obstetrics and gynecology.”


They had two sessions on circumcision:

A Cost-Effective Analysis of Male Circumcision for the Prevention of
HIV in the United States
Monday, May 7 – 3:10 PM – 3:20 PM
Room 23BC, San Diego Convention Center

(* Incidentally, Mogen Circumcision Instruments went into default due to too many lawsuits after partial or total amputations of the glans)

Intact America responded by posting an open letter in the Washington Post, telling Obstetricians to "Put down the knife and stop circumcising babies"

If circumcision is "beyond the scope of the practice of obstetrics and gynecology", one would have to wonder why the American College of Obstetricians and Gynecologists has endorsed the AAP Policy Statement on Circumcision 2012. 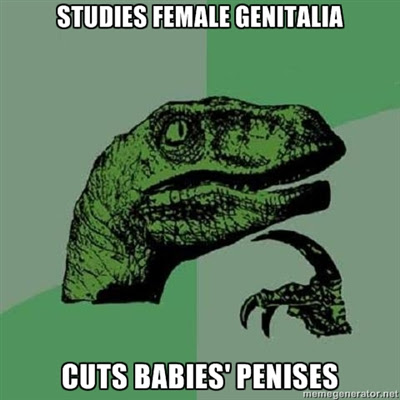