Is it a nightmare that a government entity will issue a form entitling a religious practitioner to SUCK the wounded PENIS of an 8 day baby, enshrined as a matter religious freedom? Are we living in an alternative reality?

And is it coincidence that Susan Blank, member of the AAP Task Force on Circumcision 2012, was one of the people from the NYC Department of Health responsible for creating this form? 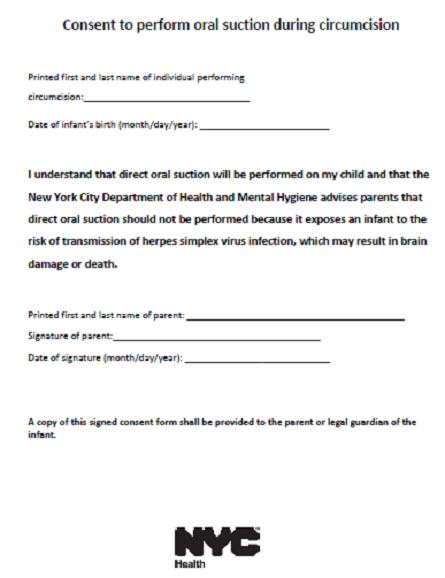 In what parallel universe is this a holy thing to do? 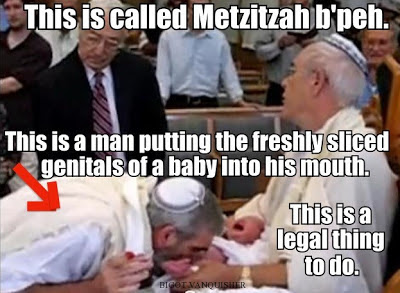 On April of 2013 two more babies in New York City contracted Herpes after being subjected to this ritual. Several cases have occurred in the last decade, including at least two deaths and two cases of severe brain damage.

Are some New York City hospitals and the city’s Department of Health suppressing disclosure of more cases of Herpes due to Metzitzah b'Peh?

One Mohel involved in 4 cases of herpes, including one death, is Yitzhok Fischer.


Is it a "Blood libel" to denounce this blood ritual performed on innocent babies, endangering their lives and molesting their bodies? Isn't it the ultimate irony to claim your religious right to slice open a baby's penis and then suck the blood out of it?