To circ or not to circ - A response to Dr. Mike Patrick blogging at iTriageHealth 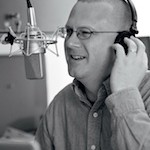 Doctor Mike Patrick, an  emergency medicine physician and Medical Director of InteractiveMedia for Nationwide Children’s Hospital, blogging on iTriageHealth.com, misrepresents the AAP's Policy Statement on circumcision and decrees the intactivist movement as fear-provoking and unscientific.

This is my response to Doctor Mike Patrick, which I submitted as comment on the blog entry - and assume will never pass moderation, as the almost one year article has 0 comments:

The AAP did not say that the benefits CLEARLY outweigh the risks. In fact they said (copy and paste from their technical report):

"Parents should weigh the health
benefits and risks in light of their
own religious, cultural, and personal
preferences, as the medical
benefits alone may not outweigh
these other considerations for individual
families." 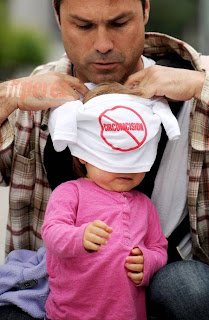 Circumcision rates in Europe did not decline. They have NEVER been high except among Muslims and Jews. 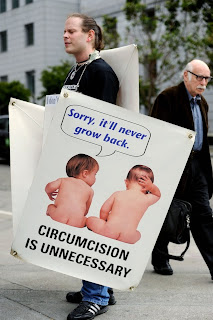 The Johns Hopkins report by Aaron Tobian is a computer simulation applying African data to the U.S. population. One would have to wonder why Tobian did not apply European or Latin American data instead. Perhaps because that would not support the desired conclusion. 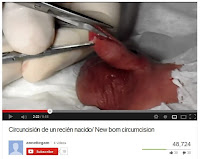 The result of his report is to put a price tag of about $400 on a foreskin. That is unethical thing to do. What is the worth of a body part? An eye? A leg? A hand?

The AAP's report makes no mention of prostrate cancer.

Regarding penile cancer the AAP says (again, copy and paste from technical report):

"The clinical value
of the modest risk reduction from circumcision
for a rare cancer is difficult
to measure against the potential for
complications from the procedure. In
addition, these findings are likely to
decrease with increasing rates of HPV
vaccination in the United States."


And it estimates 909 to 322,000 circumcisions required to prevent a single case of penile cancer, at the cost of 2 to 909 complications suffered by real babies - who will have to carry the consequences for life.

Common risks that you did not mention include adhesions (which can become skin bridges and cause pain during sex to the adult that the baby will become), too much skin removed (very common in the U.S. and a cause of pain, sore skin and even bleeding during sex - normally not even considered to be a complication!) and even penile denudation. In recent years the rate of circumcision revisions has increased 119% according to the AAP - this means children subjected to additional genital surgeries, at additional expense and emotional cost.

The AAP Policy Statement did not acknowledge the main problem with newborn circumcision, one that the World Health Organization recognizes: the problem of consent.

A concern about early infant male circumcision is that the child cannot give informed consent for the procedure. Moreover, some of the health benefits, including reducing the risk of HIV infection, will not be realized until many years later when the person becomes sexually active. If circumcision is postponed until an older age the patient can evaluate the risks and benefits and consent to the procedure himself. - World Health Organization


Circumcision is a permanent body modification that the baby will have to live with for the rest of his life, whether he agrees with it or not as an adult.

You don't do your readers any favor by misrepresenting the AAP's position with your personal bias. 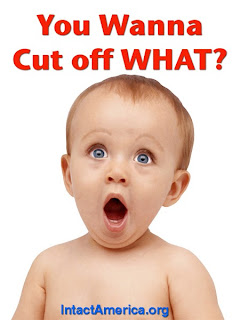