Let's start with this post from E Online: http://www.eonline.com/news/515039/jason-biggs-and-wife-jenny-mollen-share-pictures-from-son-sid-s-circumcision-ceremony 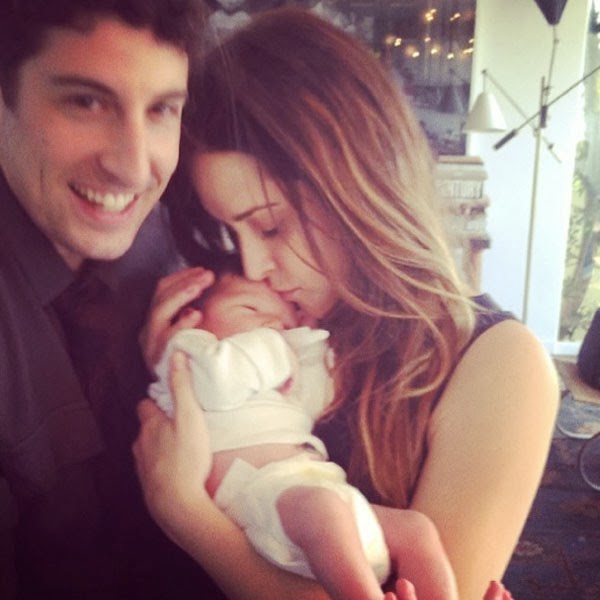 The first sentence is: "Sid got snipped!"

No, that's wrong. Sid did not just happened to get snipped. Sid's genitals were attacked with a knife by an adult man.

When someone stabs you, you don't just "get poked". You are "stabbed by an attacker".

Sid wasn't just laying around placidly when out of the blue he "got snipped". No. His parents paid an adult man to grab his penis, put it through a clamp, crush the sensitive foreskin and cut it off. 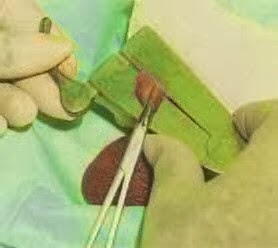 Just like it happens approximately 3,000 times every day in the United States.

Are American boys being born with a defect that they require immediate circumcision? (This question was asked in 1949 by Joseph Lewis, and then again in 1980 by Edward Wallerstein) No. This is just a cultural "thing" that Americans have been doing for 150 years.

For the rest of the world, when we hear about this, we have two words for it: BARBARIC and MADNESS.

For Americans, it is what you do. Fortunately this custom is declining, but so slow.

The article, heavily reliant on information that Jason's wife shared via instagram, twitter and facebook, casually admits what nobody will really say out loud. Circumcision hurts:

In one pic, the American Pie star is all smiles. Understandably, the same can't be said for his little one, who received a loving kiss from Mommy.
"Today was not a good day to be Sid's penis. #babybiggs #circumcision," the new mother captioned the photo.

Then it mentions a halted decision to bury the foreskin.

Another shot shows the family of three all wrapped up under a blanket, with Mollen writing, "Right after we decided not to bury the foreskin in our backyard for fear that Teets might find it and bring it into bed to sleep with us. That's so Teets!"

I find this so interesting because it also reveals what it really is. A ritual sacrifice.

We bury dead things. We bury our deads. The foreskin was an integral part of the baby; unlike hair and nails, which are not sensitive and keep growing after being cut, the foreskin involves skin, muscle, mucosa, veins, nerves and other structures, it's an alive part of the penis, sensitive to pleasure and pain, cutting it causes bleeding and lots of pain, and after cutting it, it becomes a piece of dead flesh. In other words, you end up with two portions of baby, one alive and crying, and one piece of dead baby. Which then you bury.

Think about the language:

we decided not to bury the foreskin

The foreskin. Now a piece of dead flesh. No longer (and never perceived as) a part of our child. The foreskin, a dead thing that has been sacrificed and could have been buried. But now we decided not to bury it.

Hmm, what does the language tell you?

Speaking of Teets, the cute canine and Sid were later seen snuggling and taking a sweet snooze with Mollen in a third pic captioned "My two sons."


Somehow I think it's fair to assume that she didn't have her canine son circumcised. (Although, from what I see in American customs, he may have had his dewclaws removed during the first week of life... Just like Sid's foreskin).

Last week, Mollen revealed she and Biggs had welcomed their bundle of joy by posting several Instagram videos of her and her husband at the hospital.


Huge penis? Is that really a motherly comment on a public forum? And specially, a huge penis which now you intend on hiring a man with a knife to cut. To cut The foreskin. The sacrifice. And then decide on whether or not you intend to bury it.

The whole idea is so triggering to those of us who feel harmed in one way or another by circumcision. The disregard for the child. The blind belief that they are doing what is right. Yeah, have a baby, hire a man with a knife, "get snipped", dispose of the foreskin.

I wonder what Sid will think 15, 18, 20, 30 years from now, when he finds the traces of the social networking of his parents, especially if he happens to be one of those men who wishes they had not been circumcised.